This page may contain affiliate links, which means you won’t pay anything extra, but I’ll receive a commission for referring you. Thanks for your support.

“Wild or not wild?” Our friend asked her young daughter, pointing at different features of the trail, as we walked through the woods of Glacier National Park in Montana. Almost everything we saw was wild. And beautiful. And totally, completely free. 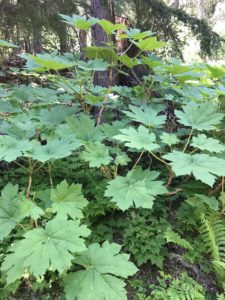 Our friend explained that they had been on a field trip a few months earlier, and this was the language the forest ranger used: “wild or not wild?” It helped to simplify things for the kids, so they could recognize whether something had been affected by humans.

We hiked along the path, following Avalanche Creek most of the way, up to Avalanche Lake. We stopped many times along the way to take photos. The creek looked more like a river – the water was flowing at such a pace that it could sweep someone away in seconds. But, this wild creek was breathtaking. The water was a beautiful aqua green color, and sparkling clear. The color is due to the glaciers where they originate. 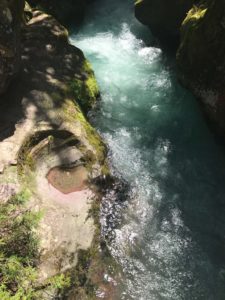 As I observed the creek and the rocks beneath it, I saw how the water had formed smooth surfaces in various places. The force of the flowing rapids, over time, had carved out walls and bowls along the river bed.

Wild or not wild? Wild indeed.

When we reached our destination, we took in the view of Avalanche Lake surrounded by the snow-capped mountains. We saw the waterfalls on the sides of mountains, all flowing down into the lake.

But the lake was different from the creek. It was calm–peaceful and serene. There were no rushing rapids or worries about being swept away or caught in a tangle of downed trees. No, this lake sat there serenely, reflecting the beauty of the mountains above. 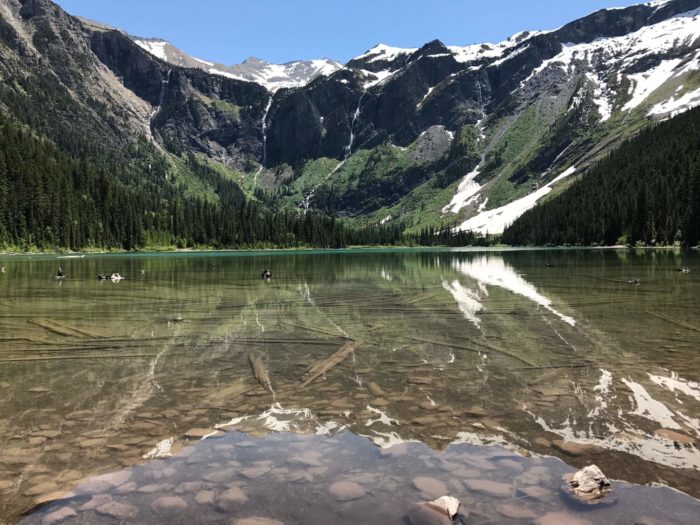 Both the creek and the lake are wild and free, yet they are totally different. Both of them are doing exactly what God created them to do. They are each fulfilling their purpose: one with force and movement and constant change. The other with stillness, peace, and constancy.

Too Much or Not Enough?

No one ever looks at the creek and says, “Wow, that creek is really too much.” And no one looks at the lake and comments, “That lake is not enough.”

Yet, as women, we often feel that we are too much or not enough. This past year I read the book “Wild and Free” by Jess Connolly & Hayley Morgan.* The book’s subtitle is, “A hope-filled anthem for the woman who feels she is both too much and never enough.”

If I had to choose between the feelings of being “too much” or “not enough” that many of us women experience, I would choose too much.

All of my life, I’ve felt like maybe I’m just a little too much for people:

Sure, maybe these phrases weren’t spoken directly to me… but they have been, at the very least, implied.

Even now, I often hold myself back… I think, “Am I too much? Is my opinion too strong? My words too harsh? My thoughts too extreme?”

Perhaps I’m a bit too wild. 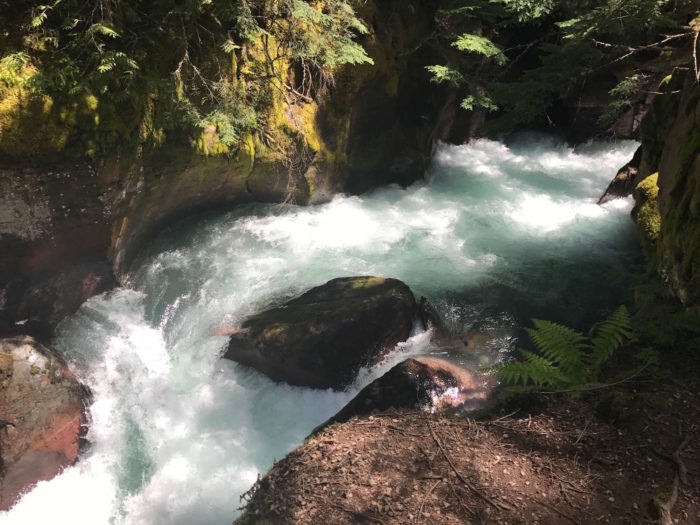 That crashing creek was one of the most beautiful sights I took in on my trip. It was so wild and so free, and I could have sat and watched it for hours.

What made the creek so breathtaking? Perhaps it was the fact that it was not affected by human influence. It didn’t care that there were hundreds of people walking alongside of it each day. It didn’t matter that those people might have wanted to slow it down so they could safely dip their feet in and wade around. No, it just kept flowing at the rapid rate.

Here’s what struck me that day: it was beautiful because it was doing exactly what it was created to do. It was taking water from one place to another. It wasn’t trying to be like a lake, or an ocean. It was simply being a creek.

And I want to be free to be wild.

Often our culture has a misunderstanding of the word “wild.” Sometimes it’s perceived as a license to do anything you want. To be brash, abrasive, or selfish, attributing it to “just being ourselves.” No, my friend, that is not wild.

Jess and Hayley do a great job of describing what a “wild woman” looks like in chapter 7 of the book.

Here’s my synopsis: A wild woman is secure in who God has made her to be, and she knows that because of Christ, she is already approved. She doesn’t have to conform to people’s expectations or even her own. And yes, she might be misunderstood, or even seen as a bit weird, according to others around her.

Being wild doesn’t mean doing whatever you want. It means living out exactly what God actually created you for–without humans interfering with what God intended. It means embracing the gifts God has given you, instead of trying to hide them or adjust them to fit what other people’s expectations might be.

In a recent small group I was in, we took turns sharing affirmations with one another. Each week, one person was chosen, and the rest of the group shared thoughts about that person that affirm them. When it was my week, one of the words used to describe me was “fierce”. But then someone else added, “fierce, but tender.”

Instead of running from my wild, passionate, fierce but tender nature, I want to embrace how God has gifted me, while also constantly being refined and transformed by God.

Living fully in my ‘fierce but tender’ nature is me being wild and free, just as God intended. What does wild and free look like for you?