The Good News About Marriage {Book Review & Why It Matters}

Remember playing the telephone game as a kid? You’d whisper a phrase in your friends’ ear, then she’d whisper it to the next person, and so on, until the person at the end had to say what they heard. Usually, by the time got around the circle, the message had been completely skewed.

The point of the game was to show how easy it is for messages to get misinterpreted, especially when going through several different people. We know all too well that this happens in real life, too. Someone says something, and then it gets passed on, and eventually the original meaning gets twisted and/or completely changed.

Take marriage, for example. You’ve heard it all before:

The divorce rate is over 50%, and it’s the same in churches as outside of the church. Most married couples are not happy. Second marriages have little chance of succeeding.

These discouraging, defeating words make some dating couples feel like getting married is pointless. Or, you get the idea that once you are married, if you have struggles, your marriage is doomed for failure.

Well, I’m here to share some good news with you:

Many of the statements above are just skewed misconceptions of a message that started out entirely different. We have been playing the telephone game in our culture, and information about marriage has been misconstrued.

The book “The Good News About Marriage: Debunking discouraging myths about marriage and divorce” by Shanty Feldhahn* does an incredible job of clearing up these messages and instead giving us accurate information. 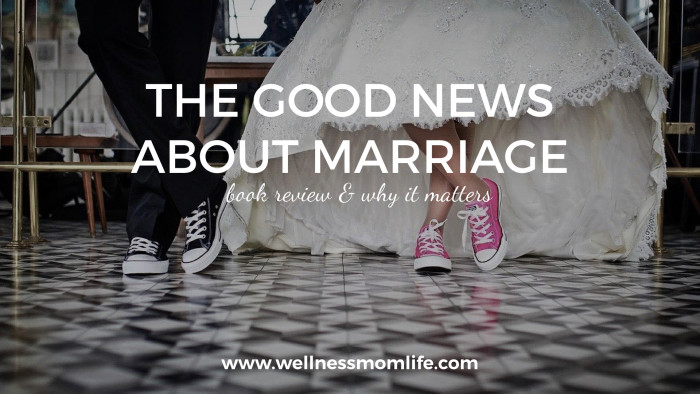 THERE IS ACTUALLY IS GOOD NEWS ABOUT MARRIAGE IN OUR CULTURE.

I’m going to highlight 3 of the myths that were most impactful to me, as well as the good news the accompanies them. I will not be going into depth, so I definitely recommend picking up the book to read, especially if you are a leader in your church or work with married couples in any capacity.

Myth #1: The divorce rate is around 50% overall in our culture.

The Good News: Feldhahn shows the research and evidence to prove that the ACTUAL divorce rate for first marriages is around 20-25%. Wow, that’s 50% LESS than the general belief out there!

Myth #2: The divorce rate in churches is the same as it is in the general population.

The Good News: The actual divorce rate of those who regularly attend church is approximately 25-50% lower than the general population. Some studies looked at only “religious beliefs” rather than actual practices. When faith habits are taken into consideration, the divorce rate is much lower.

Myth #3: Many marriages end due to huge, difficult to fix issues.

The Good News: Most challenges in marriage can be resolved by making simple changes. While there are some major issues that cause some marriages to end, the majority of the difficulties couples face CAN be overcome.

This last one is really at the heart of what I believe about marriage. I’ve written about how my husband and I have struggled in our marriage, as well as ways that we have overcome it. And the majority of the time, the issues we have had have been resolved by making small changes in our communication and interactions.

[bctt tweet=”Most challenges in marriage can be resolved by making simple changes.”]

Some of the time, challenges in marriage DO require some outside help, such as getting counseling. But often, the difficulties we experience are based on simply misunderstanding our spouse and what he or she needs.

The problem is that most of us are, without realizing it, also carrying around some incorrect assumptions about what our spouses need, usually because we don’t inherently know a few deeply buried but vital needs and insecurities of the opposite sex. – Feldhahn, page 109

This was exactly the case in my marriage several years ago, when both Scott and I were feeling unappreciated.

I can honestly say that by making small changes, and making efforts to show each other appreciation in the way that mattered to each of us, we were able to make significant improvements in the health of our relationship.

This same concept is discussed over at The Dating Divas, where they did a survey to find out what husbands wished their wives knew, and then what wives wished their husbands knew. I was struck by how much of Shaunti’s research was reflected in these two (more informal) surveys.

The fact is, sometimes we are simply uninformed or unaware of what our spouse truly wants us to know or understand. When we begin to be more curious about him and his needs, and less accusatory, we can start to make small changes that can result in big changes.

WHY DOES ALL OF THIS MATTER?

Feldhahn wraps up “The Good News About Marriage” by bringing us back to why this information matters. Many of the common statistics that we are used to hearing are actually not true, and this provides HOPE that the institution of marriage is in better condition than many would have us to believe. It lets us know that regular church attendance actually does make a difference in the divorce rate for married couples.

[bctt tweet=”The institution of marriage is in better condition than many would have us to believe.”]

So the next time someone mentions the 50% divorce rate, you can give them the good news that it is actually MUCH lower!

When someone says that the divorce rate is no different among church-goers than the average population, let them know that’s a common misconception, but it’s inaccurate.

And if you’ve ever thought that there’s not much hope for you in your marriage because of challenges you’ve had, be encouraged: small changes can lead to big improvements over time.

*Disclaimer: Blogging for Books has provided me with a complimentary copy of “The Good News About Marriage” in exchange for my honest review. The opinions I have expressed are my own. I am disclosing this in accordance with the Federal Trade Commissions 16 CFR, Part 255

Want a stronger marriage? Grab my marriage freebies below!

You’ll get several downloads with helpful tips & tools to help you build a stronger marriage: