When I was in college, I spent a semester in Central America. It was one of the most impactful experiences of my life. I lived with a family in Costa Rica, but I also traveled to the countries of Nicaragua, Cuba, and Guatemala as part of the semester. And I saw poverty in a way I had never seen it before.

When I returned home to the United States, I wanted nothing to do with material possessions. I was so influenced by what I had seen and learned that it made me want to get rid of almost everything I owned. So much, in fact, that I told my mother that I didn’t want any Christmas gifts that year.

I also remember discussing some family friends and what I considered to be an extravagant possession they owned. In my eyes, it was wrong for them to have this particular item, especially after all I had seen in Central America.

And it wasn’t just that family who I felt was wrong. I was critical towards many of my Christian friends and family members who were living comfortably while the family I stayed with in Nicaragua could only afford to buy an ice cream cone for their daughter’s birthday. 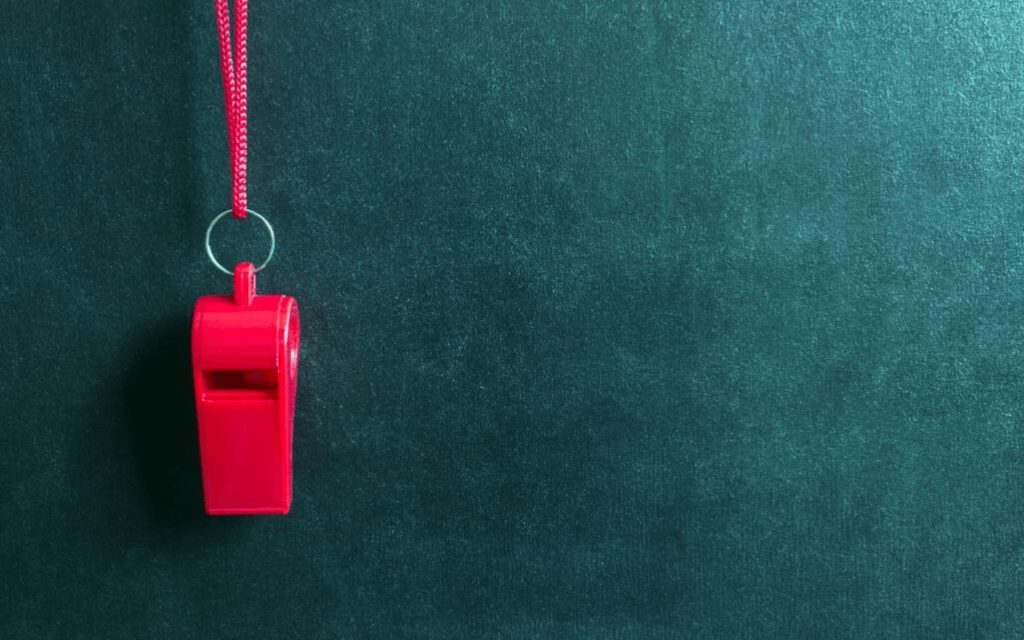 The Problem of Legalism in Christianity

Where I went wrong

Looking back, I realize I was wrong. It wasn’t wrong for me to feel convicted about my lifestyle and even to want to make changes and share my experiences with others. I went wrong when I took my personal conviction about this issue and turned them something that I felt everyone else needed to follow.

You see, while there are Scriptures about caring for the poor and taking care of widows and orphans, there are not actually any Scriptures that prohibit a certain amount of wealth or owning particular possessions.

And while my experience opened my eyes to very real needs, and God had worked in my heart to give me a love and passion for making a difference, my friends and family did not have that same experience. It was impossible (and unfair) for me to try and convict them of something that had become my personal conviction.

It’s not just me

I’m not the only one who has gotten this wrong within Christian circles. It’s actually something that is very prevalent in the church, and it’s been happening for a long time. We’ve been confusing personal conviction and Biblical mandates for quite some time.

[bctt tweet=”There’s a difference between personal convictions and Biblical mandates, and we need to get clear on this as leaders.” username=”_estherdawn”]

But it’s time to get clear on the differences and understand why pushing our personal convictions on others is not helping anyone. It might seem innocent enough at first, but it leads to legalism (more on that in a bit).

For the sake of this post, I’ll share just a few examples of where I’ve seen this confusion between personal convictions and Biblical mandates in recent years.

The Difference Between Personal Convictions and Biblical Mandates

This idea became popular when Joshua Harris wrote the book “I Kissed Dating Goodbye.” This book wasn’t just about abstaining from pre-marital sex. No, it took it a step further and promoted that that single Christian teens (and adults) should not date but rather court with the intention to marry.

Joshua has been in the news recently due to his divorce from his wife and his announcement that he no longer considers himself a Christian. But I’m not addressing that here.

What I’m addressing is how we as a Christian culture accepted and embraced Joshua’s personal conviction about not dating. His book was based on something that he decided was right for him, but Christians across the U.S. started using his book as the standard for teens and unmarried adults when it came to relationships.

Was it wrong for Joshua to have this personal conviction?

No, of course not. I’m not even sure if it was wrong for him to write the book (though this article brings up many good points about that issue).

The problem with this example is that Joshua’s personal conviction began to trump Biblical theology. It also removed the need for teens to learn to make wise decisions and use discernment in their relationships, because it prescribed a specific set of rules that they needed to follow. And these rules were extra-Biblical.

There are many who believe it is wrong for Christians to practice yoga, and I’ve read and heard a variety of warnings against participating in it. Some of the strongest opposing voices come from people with a background of being involved in yoga prior to being a Christian. Because of their experience, perhaps with the very spiritual aspects of yoga, they are personally convinced that practicing yoga is wrong. 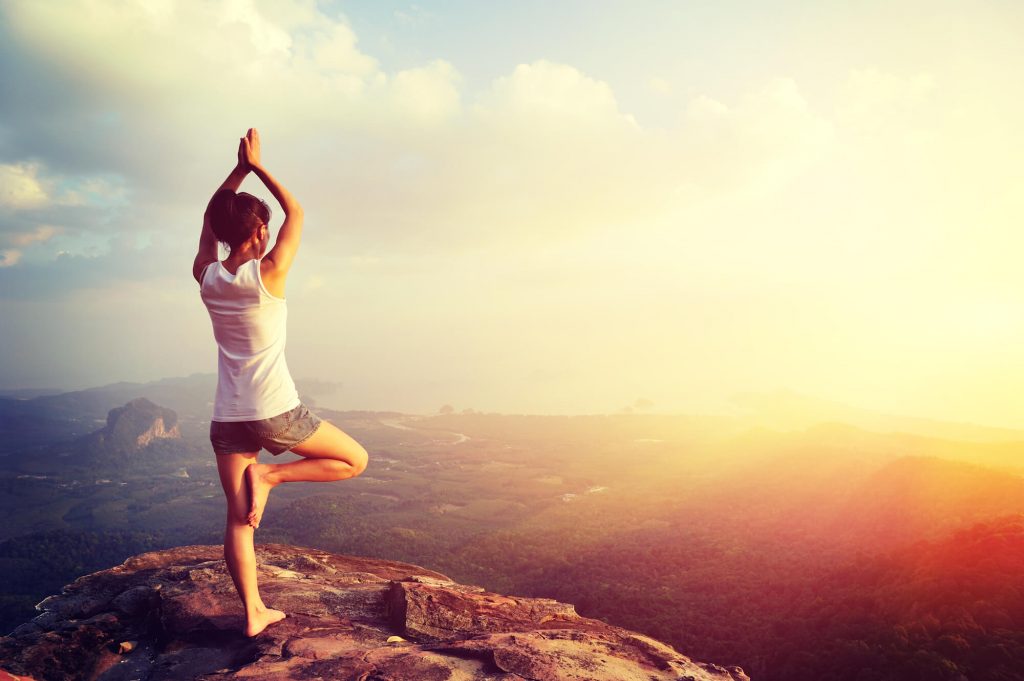 But can we find this in the Bible? Can we find God prohibiting certain types of exercise or breathing? Is there a Biblical reason we can reasonably state for avoiding yoga altogether?

Those who are opposed to Christians practicing yoga often cite the origins of yoga and the ties to Hinduism as the reasons for avoiding it. (A similar argument related to origins is made for Christians avoiding using the Enneagram as a personality tool. I’ll be sharing a post in the future about whether Christians should use the Enneagram.)

But let’s consider the logic of avoiding a particular thing primarily due to its origins. This logic essentially says that if something originates with a non-Judeo-Christian religion, then it should be avoided.

If we follow that line of reasoning as, here are some of the things we Christians would need to avoid:

These are just a few examples of things that we use that originated in or were developed by other religions. But does that mean we should avoid these things altogether? Of course not.

A Christian is not going to unintentionally attract an evil spirit simply by holding a particular yoga pose (there is simply no basis in Scripture to affirm that belief). But if her intention going into the yoga class or session is to open herself up to various spirits, that’s a different story. And I can understand how people with a history deep in yoga practices connected to Hinduism would want to stay away from it.

This idea of abstaining from something that you’ve previously struggled with is relevant to my next example.

The Bible does not expressly prohibit Christians from consuming alcohol, though it does clearly prohibit drunkenness and excess. Yet, many churches and denominations teach that any alcohol consumption is absolutely wrong. In fact, this is what I learned growing up.

Now, for someone with a history of alcoholism, it is unwise for them to consume. Therefore, they should make a personal decision to abstain from alcohol. And even for those who have been negatively impacted by alcoholism in their family history, it may make sense for them to choose to abstain. 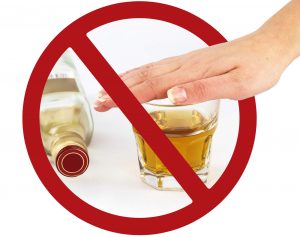 It is not wrong for Christians to choose to avoid alcohol even if they don’t necessarily have a reason to be concerned about addiction. I know many who have made this choice for one reason or another, and I respect them for that.

But should it be a mandate for all Christians when it is not explicitly restricted in Scripture? I don’t believe it should be.

The argument that is often used to support the teaching of abstinence is related to causing a weaker brother or sister to stumble. And this should certainly be taken into consideration. But I don’t know that this principle is enough to argue for a mandate against all alcohol consumption.

Perhaps we need to dig deeper into the reasons why we are creating rules about certain external behaviors and assess whether these guidelines are actually Biblical or not.

[bctt tweet=”We need to dig deeper into the reasons why we are creating rules about certain external behaviors and assess whether these guidelines are actually Biblical or not.” username=”_estherdawn”]

Why Legalism is Problematic for Christians

Legalism is a problem because it turns us back towards a works-based salvation rather than grace-based. Legalism provides a set of rules that we must follow in order to please God or possibly even to experience salvation.

The extreme end of legalism in Christianity is a self-righteous attitude that assumes anyone who is not following your personal conviction has somehow become deceived or is perhaps not even a Christian.

But many of these rules are, again, not based on Biblical guidelines, but rather on personal interpretations or personal convictions that someone has developed over time.

Legalism is exactly the type of thing that Jesus rebuked the Pharisees for on various occasions. They were more concerned about having their external actions look a certain way than experiencing real righteousness from the inside out.

Note: There’s a difference between legalism and living a Godly life. As Christians, our lives should reflect the inner change we’ve experienced through our saving relationship with Jesus. And God does call us to a life of obedience and gives us guidelines that are for our benefit. But our salvation is not based on those outer works.

So when I see more and more Christian leaders saying “You should not do xyz” or “It’s wrong for Christians to practice ABC”, a big red flag goes up for me.

In fact, I don’t think that Christian leaders should be dictating to others how we ought to live our lives if it’s outside of what can clearly be seen in Scripture.

[bctt tweet=”Christian leaders should not dictate to others how to live if it’s outside of what can clearly be seen in Scripture.” username=”_estherdawn”]

Yes, there is a place for leaders to teach us and guide us as long as it lines up with Scriptural mandates. But when it starts to include Scripture PLUS something else, that’s where we have a problem.

When Christian leaders tell us to adopt their own personal convictions, it takes away the need for developing discernment in our own walks. And this is not only unhealthy, but also dangerous.

This also happens when we as adults or parents try to protect the younger generation by telling them that certain things are “safe” and other things are “dangerous”.

In the book Mama Bear Apologetics, Hillary Morgan Ferrer puts it this way: 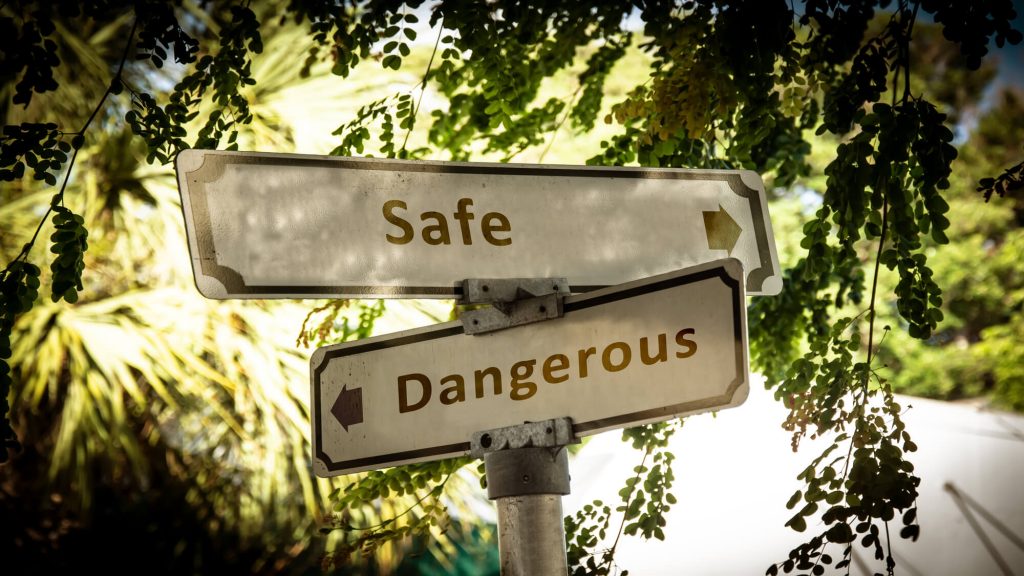 Instead of protecting our kids, we end up failing them because they never learn the skill of discernment for themselves.

And unfortunately, I see some Christian leaders doing the same thing for their followers. They label certain things (i.e. yoga or alcohol) as dangerous and other things (avoiding yoga or avoiding alcohol) as safe. These buckets remove the need for studying the Scripture, for discernment, and for asking God for his guidance on these kinds of decisions.

It’s time for leaders to stop confusing our personal convictions with Biblical mandates. And it’s time for us to stop encouraging legalism and instead point people towards a life marked by freedom, grace, and a solid faith foundation.