Episode 56: Walking through Unexpected Pain and Growing a Virtual Business with Esther Inman

What do you do when you feel like your entire life is crumbling around you? How do you grow a virtual business when life is hard? And how can you lead with confidence? 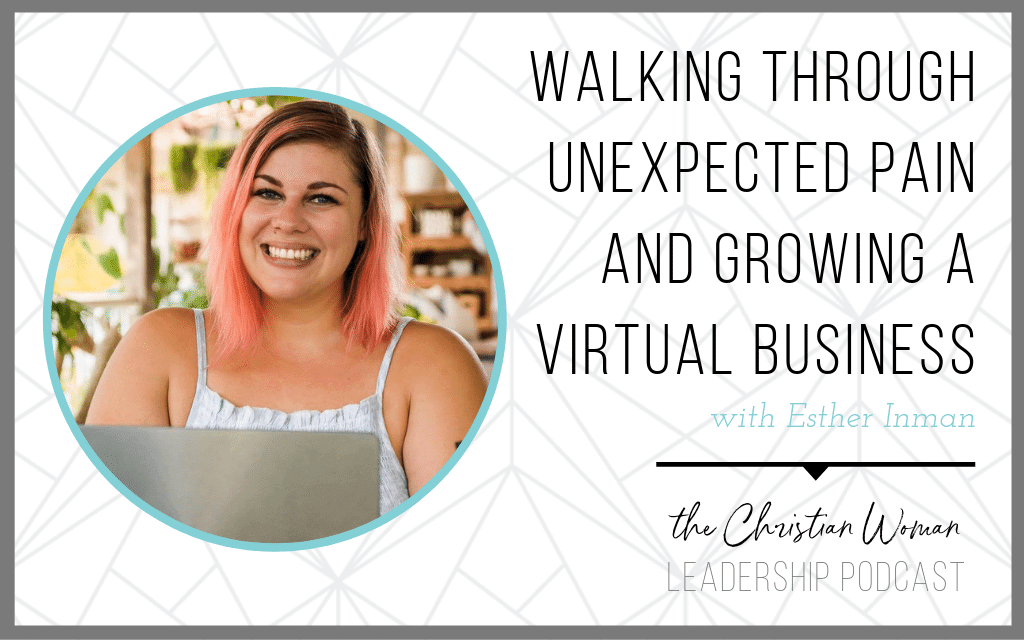 Podcast guest and entrepreneur Esther Inman and I talk through what it looks like when God calls you to pivot, when your lifestyle isn’t working for your family, how you can move forward during suffering, and the key to growing a business. Tune in when life is hard and business won’t wait.

In second grade, Esther made a collage with her as a teacher. As she grew up, she was a leader on group projects because she liked the attention and it came naturally to her. She always had leadership roles at church and even served as the director of children’s programs.

How Esther Started Her Business

Esther became a teacher and then moved into Corporate America as a software product manager and trainer, and she did well. However, this lifestyle didn’t work well with her family’s life, as her husband was in the military and she had a young child.

One night as she cried in her hotel room, she heard God telling her, “I got this.” He gave her a vision of adopting kids from around the world and being a mom. She quit her job the next day and decided to start pursuing her options.

She knew she could work from home, but didn’t know how. So she decided to figure it out.

How Hardship Played a Role in Her Leadership

Esther’s husband came home after a deployment and started having bizarre, psychosomatic symptoms like nightmares. He would see and hear things that weren’t there, and he suffered from paranoia. They didn’t know it at the time, but her husband had textbook symptoms of PTSD and TBI (Traumatic Brain Injury).

She made the difficult decision to leave with her son, even though that was never part of her plan. She wasn’t sure if she did the right thing at the time.

Esther stepped into a role she wasn’t prepared for. She decided to make this new chapter an adventure so she and her son traveled the world.

During this time, Esther was depressed, suicidal and drank every night to deal with the pain. She moved to Maine to live with her brother, which allowed her to be cared for and to start to heal.

Despite all of this, she had her biggest business months during this time. Everyday God encouraged her to keep going.

Esther moved to Bali. Her husband got on the right medications, took responsibility for his healing, and reconnected with God. Esther’s friends encouraged her to try again to establish a relationship with her husband. He ended up moving to Bali and they have been able to move forward in their marriage.

How Esther Moved Forward While Suffering

During her hardest times, Esther made sure she got outside and breathed fresh air. Esther limited her sleeping hours and spent time with family and friends even when she didn’t feel like it. She had her quiet time every single day and journaled as well.

Esther shares that getting back together isn’t for every couple. It took a full year to feel intimate with her husband and she still has a hard time telling him she loves him.

Building and Growing a Virtual Business

When Esther started her business, she became a virtual assistant and worked with several clients. She had to get clear on what she wanted to do and then she began to build a team to help her.

Now, Esther’s business is primarily made up of a digital course which trains women to become virtual assistants. She does minimal client work and some consulting on the side.

Esther has a COO (Chief Operating Officer) and several other contractors on her team, including a CFO, a web developer, graphic designers, and more.

Esther has occasional team meetings and she lets her team know what she wants to accomplish, and together they develop a plan to move the project forward.

How Esther Came to Understand Herself

“The more I can journal and reconnect with God everyday, the more I can hear His voice talking to me, which keeps me aligned with who I am and the role I’m supposed to play.” - Esther InmanClick To Tweet

When she feels wonky and out of sorts, she asks herself if she’s connected with God recently.

Esther believes one of her gifts is teaching. Teaching means being able to take new and complicated concepts , breaking them down into steps, and explaining them, then turning them into a course. It also means she has endless patience.

How Multi-Passionate Women Can Avoid Overwhelm

Esther always has a million ideas so to combat her from chasing every idea, she holds up the idea to pre-determined goals. When an idea comes up, she matches the idea to an already-established goal. If the idea doesn’t fit with a goal, she puts that idea in a folder in Asana. This method prevents ideas from getting lost because they’re stored in a system she uses daily.

She encourages us to ask, “What do I want to spend my time doing during the day?”

Remember that a lot of voices come into your head when you dream, and you may have to work through these issues.

“Your dream isn’t necessarily going to be that you’re not going to work!” - Esther InmanClick To Tweet

When you take time to dream, you may come to the conclusion of: “This is something I really enjoy doing; how can I make money from it?”

Esther shares her advice for a younger leader with us. She recommends that you allow yourself to journal, dream, draw–to really think through what you should be doing each day. Esther also says boundaries are super important so that you can have the time and space you need to do this kind of thinking.

“The most important activity you could possibly be doing is reconnecting with God and ensuring that you are doing the things that you are supposed to do.” - Esther InmanClick To Tweet

After you get clarity on what you should be doing, then you can make the plan to make that dream happen. It won’t be an overnight thing.

Esther also notes that even though her story is hard and ugly, she believes it’s important for her to share it with others. She wants you to know that God sees you. God is walking with you, and He can turn the ugly, ugly stuff into something beautiful. Just keep walking.

“God weaves a masterpiece out of the threads of our despair.” - Esther InmanClick To Tweet

The Gifts of Imperfection by Brene Brown

Esther quit her corporate America job six years ago when she realized it wasn’t suitable for a military wife and mom life. She started working from home as a virtual assistant and couldn’t believe this simple low entry-level virtual career was completely unknown by other military wives, moms, or travel lovers.

She’s been running her six-figure online agency ever since and has her own team of eight other virtual workers. She also runs online programs helping other women launch their virtual work life too!

Esther is a full time digital nomad currently living with her 8 year old son and veteran husband in Canggu, Bali.

Morningstar Media Services is the agency that I own and run, and I help other business owners launch and manage their podcasts so that their message shines online. My group program, Podcast Propel, provides training and mentorship for those who want to launch a podcast that will help them connect with and grow their business. Go to morningstarmediaservices.com to learn more about our products and services. 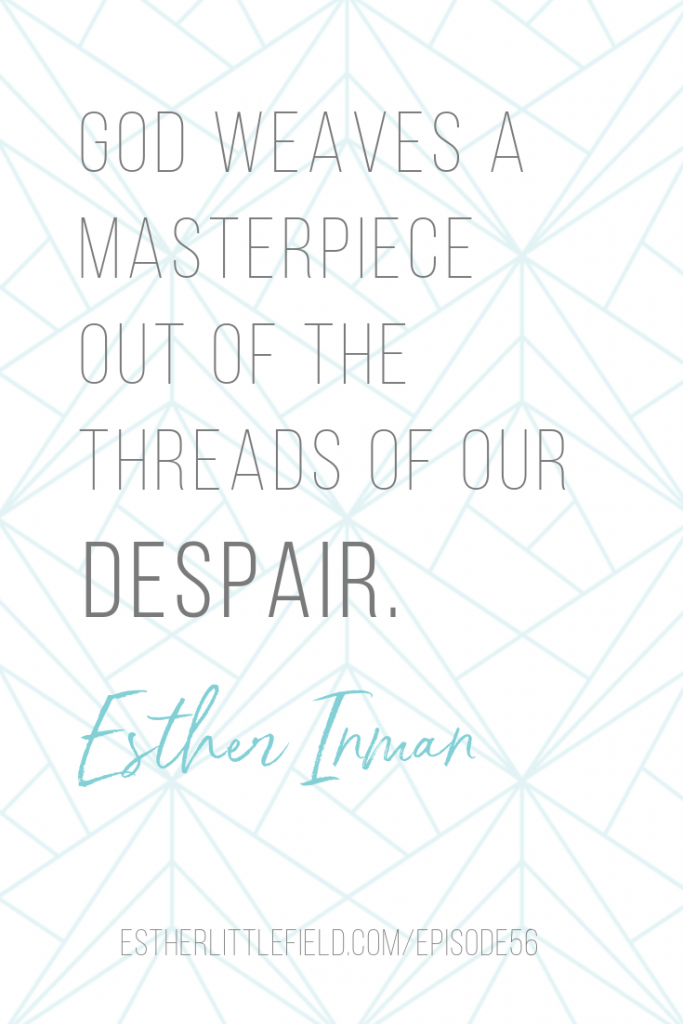