What if disagreement was not our enemy nor our best friend? What if we decided to embrace disagreement as an opportunity rather than try to avoid it at all costs? I believe this is possible when we reframe how we see disagreement. 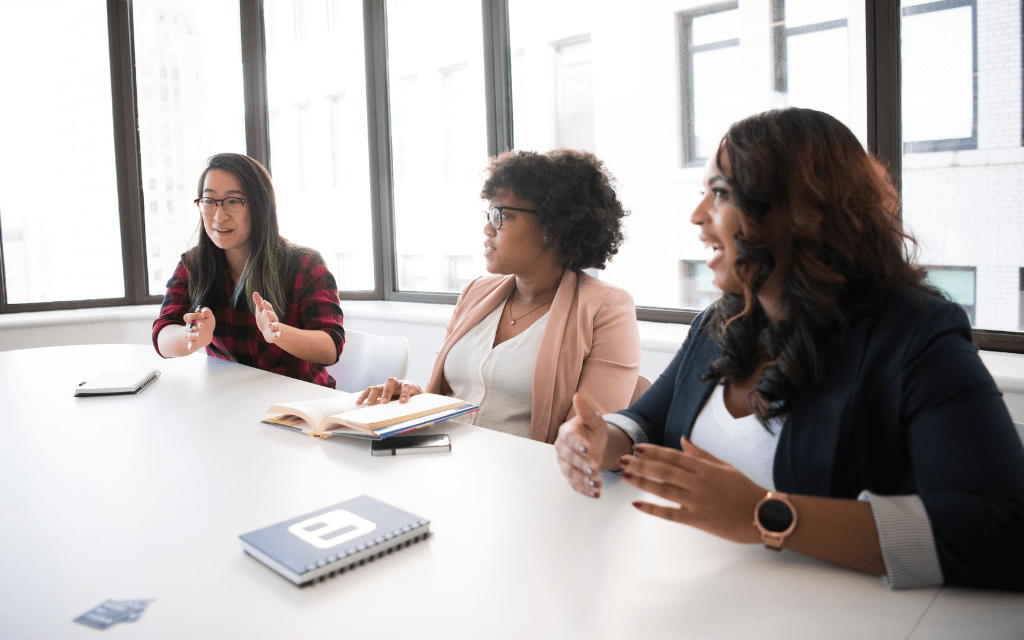 If you missed part 1, head over here to take a listen. In that episode, I gave you 6 unhealthy responses to disagreement and discussed the ultimate result of these responses. Today, I’ll follow up that conversation discussing how we can reframe disagreement and see it in a positive light.

This episode is sponsored by my mini-course Confident Conversations. This resource is designed to help you initiate and lead hard conversations as a Christian woman… even if you struggle with confrontation, aren’t sure what to say, and want to avoid hurting people in the process.

4 Ways to Reframe Disagreement & Respond in a Healthy Way:

1. Disagreement forces you to consider what you truly believe and why.

When my husband and I began dating, we spent a lot of time talking. We both grew up in Christian families, but we came from different denominational backgrounds. Many of our discussions centered around certain theological points.

Oftentimes, we would disagree, and sometimes very strongly. My firmly-held perspectives were being challenged, as were his. And as we disagreed about these issues, we were both forced to wrestle with what we believed and why. We probably didn’t disagree in the best ways possible, given that we were in our late teens when we started dating. But I am grateful for the times we spent digging deep into God’s words and discussing why we had taken the perspective we did.

When your perspective is challenged by disagreement, you have a couple choices. You can react strongly and tell the other person how wrong they are without actually addressing the issue. You can run away and pretend like the disagreement never happened. But if you take into account the actual argument—what the person is truly disagreeing with—you have the opportunity to grow in your faith and your relationship with the other person.

Disagreement will cause you to wrestle with what you believe and why.

2. Disagreement does not mean the end of ministry nor the end of relationships.

What we see here is that while Paul and Barnabas did separate due to the disagreement, this did not result in either one of their ministries coming to an end. And John Mark, who was at the center of the disagreement, later is referred to by Paul in a positive way. Paul says in 2 Timothy 4:11: “Luke alone is with me. Get Mark and bring him with you, for he is very useful to me for ministry.” (ESV)

There are a lot of gaps in this story and we don’t know exactly what happened with Barnabas and Mark after they parted from Paul. But it does appear that this disagreement did not result in long-term bitterness or resentment. It also did not result in either party throwing in the towel on serving God. Disagreement, while sometimes painful, does not have to mean giving up on ministry as a whole.

For more on this topic read this article: Paul and Barnabas Split: The Progression of John Mark.

3. Disagreement is sometimes simply a difference of opinion or perspective, not a matter of right vs. wrong

This one can be tough to swallow, as most of us tend to believe that we are right about what we believe, and others are wrong. We are seeing this in our culture to heightened levels right now, especially as it relates to the COVID-19 pandemic and all the issues related to masks, vaccines, mandates and more.

Most of us tend to believe that whatever we believe about the topic is the right perspective. But I want to present the option that perhaps sometimes we simply have a different perspective; not the only RIGHT perspective. I talked about this in episode 145 when I shared a story about a hike I took in Arizona. I shared how a particular item–a huge bridge–looked entirely different based on where I was on the hike. The further up the mountain I got, the smaller the bridge appeared, and at times I couldn’t even see it.

The issue is this: sometimes, we have a different perspective than someone else based on where we are viewing the issue from. So as Christian leaders, we need to remain humble and hold our perspectives loosely when they are not clear biblical mandates.

We are not the only ones to wrestle with some of these issues of differing perspectives. In another situation in the early church, we see that there were disagreements over what to eat as well as what day is better than another.

Paul acknowledges the disagreements and different opinions on the issue. He points out that those who are “weak in faith” may want to eat only certain foods whereas those who are more mature may have freedom to eat anything. He does not cast judgment on either party and asks them to show the same grace for each other. He notes “each one should be fully convinced in his own mind” (Romans 14:5 ESV).

This shows us that there may not be a particular “right” or “wrong” view on certain issues, and that disagreement is a matter of deciding for oneself what is right as long as they are honoring the Lord (Romans 14:6).

For more on this topic check out this article: A Healthier Approach to Disagreement in the Church Begins With One Unusual Word.

4. Disagreement provides an opportunity for growth.

Lastly, another way to reframe disagreement is as an opportunity for growth and learning.

In the world of science, disagreement is commonplace. Scientists who have a great deal of education, training, and experience can disagree about all kinds of things, but often the disagreement is related to how to interpret data and evidence.

But scientists do not look at disagreement with one another as something to be afraid of. Instead, they see the differing opinions about interpretation of data as an opportunity to deepen their understanding or uncover more evidence or find new approaches to solving problems. Not only that, but “dissenting opinions can bring to light confirmation bias and prompt researchers to take a second look at evidence that is not in agreement with their hypothesis, rather than dismiss it as artifacts.”

The disagreement between scientists about the data they are looking at provides an opportunity for growth because they do not stay stuck in their own viewpoint, refusing to acknowledge another perspective. Instead, when presented with conflicting information, it causes them to dig deeper and to consider other possible conclusions other than the one they previously made.

For more on this, check out this article: The power of disagreement.

As Christians, I believe we can learn a lot from this example. What if we treated disagreement as a chance to consider our own biases? What if we decided to take a second look at evidence that doesn’t line up with our assumptions rather than dismissing that evidence?

Please know that I’m not calling for us to let go of truth or our values. But we do need to be willing to assess our views and ensure that they are in line with the truth.

When we reframe our mindset around disagreement and respond in a healthy way, we are going to be better equipped to lead others well. We will be able to engage in conversations with others–even when we disagree–in a way that shows them the love of Christ. And we will be able to remain humble with our views instead of becoming prideful or arrogant.

Confident Conversations is a mini-course designed to help you initiate and lead hard conversations as a Christian woman… even if you struggle with confrontation, aren’t sure what to say, and want to avoid hurting people in the process.