5 Ways Jesus Communicated & What We Can Learn From His Approach [Ep. 172]

How Christ-like is your communication? Are you able to patiently lead others to answers? Do you feel the need to speak up, or are you able to stay silent sometimes? 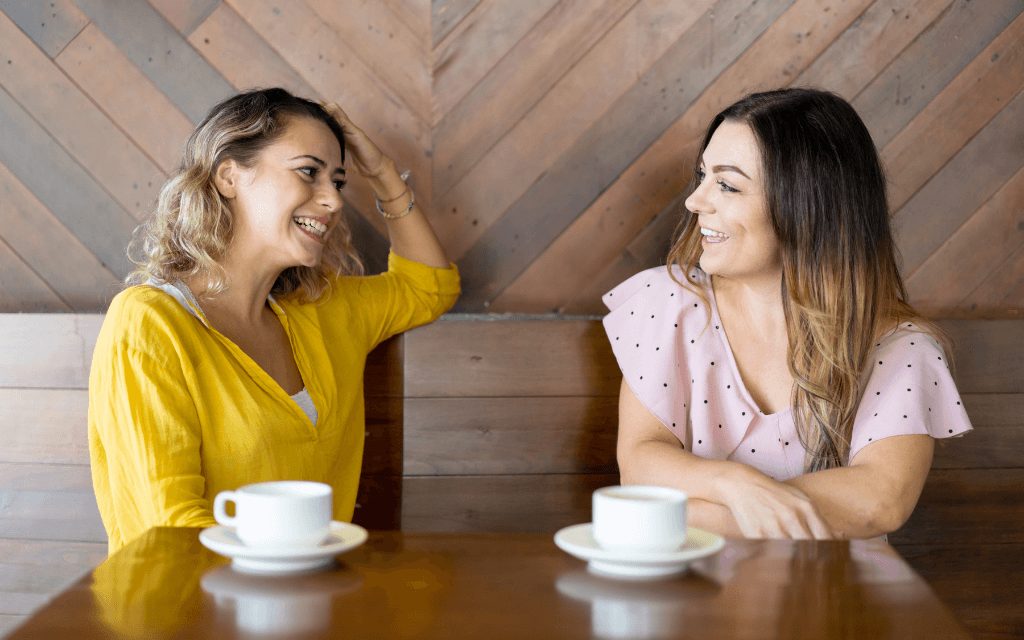 In this episode, I’m discussing communicating as Christian leaders. Through the year, we’ve had a few episodes related to communication but today I want to look at our best example of communication: Jesus.

When I look around at the way we as Christians are communicating lately, both within our own faith community and to those in the world around us, honestly, it breaks my heart. It seems we have really lost sight of what it means to follow Jesus in the way we use our words.

There are hundreds if not thousands of books about communication, conflict, and conversations. A quick google search can yield hundreds of articles full of advice and guidance for how to approach hard conversations and how to communicate effectively. But for us as Christians, there’s one primary source we should look to as our guide. And more specifically, one person whose life and conversation style we seek to emulate: Jesus Christ.

Just like Jesus sets the example for us for leadership, specifically servant leadership as we discussed in episode 122, he also is the best example for us in the way we communicate. So today we’re going to look at 5 ways Jesus approached communication and conversations with others.

One of the most common ways Jesus communicated with others was by asking questions.

When the Pharisees and other religious leaders questioned Jesus, we see that Jesus often replies with another question. Luke 20:1-7 is a good example of this. Jesus doesn’t go straight to the answer… he first asks the question which reveals their motives for questioning him in the first place.

In some cases, Jesus initiates the conversation by asking a question.

Asking questions was a key part of Jesus’ communication style.

Next, we can gather from Scripture that, although at times Jesus chose to ask questions, other times, he did not pull any punches about speaking the truth.

When truth needed to be spoken, Jesus did not shy away or beat around the bush.

3. Engaging the other person

Another common practice Jesus had in his communication and conversations was engaging the other person. He did not just go out and preach to large crowds all the time… many times he had personal, 1:1 conversations that engaged the other party.

At this point, Scripture tells us that Jesus wrote with his finger on the ground. Then he states: “Let him who is without sin among you be the first to throw a stone at her.” One by one, they walk away. What’s most interesting to me, though, is what Jesus says to the woman. He asks her if anyone has condemned her, and she responds “No one, Lord.”

Then he tells her that he does not condemn her either, and tells her to go and sin no more.

This simple exchange can teach us so much about the power of conversations. It’s vital that we engage the other person, especially when it comes to matters of acknowledging sin or the standing we have before God.

The story causes Simon to acknowledge the truth without Jesus directly telling him, at least initially. Then, Jesus uses the story to parallel what had just happened. And in the end, he tells the woman she is forgiven, and that her faith has saved her. Once again, he does not pretend that she is not a sinner or that she does not need saving. But he also acknowledges her faith in doing what she did.

There are dozens of other examples of Jesus using stories and parables to illustrate a point. In fact, it was probably the most common way Jesus taught. Often, these parables did not have Jesus telling the crowd the point… rather he often was leaving it to them to draw a conclusion about the point of the story, or he would ask a question to get them to recognize what he was saying.

Finally, the last communication approach that I want to mention that we can see Jesus doing in Scripture is that he stayed silent. He chose, at times, to simply not engage in a conversation.

There is power, at times, in remaining silent, especially when we are being criticized, attacked, or accused. By remaining silent, Jesus refused to engage in an argument or provide any more ammunition for his accusers. We would do well to learn from Jesus’ example here.

What we can learn from Jesus’ approach to conversations

What I believe we can see from looking at Jesus’ conversations in Scripture is that he did not have only one tactic or formula for engaging with people around matters of sin, faith, and salvation.

It appears that he based his interactions and conversations on a number of factors:

Ultimately, we see that Jesus did not shy away from hard conversations or from conflict with other religious people. He was willing to say hard things, even when it meant he would not be liked and even when he would be killed. The people who Jesus was hardest on were the religious leaders. He shows us that calling out false teaching within the religious community is not necessarily wrong, and that just ‘being nice’ is not the answer.

Jesus did not shy away from hard conversations or from conflict with other religious people.

In other circumstances, we see Jesus staying silent—he shows us that there are times when it’s not necessary to speak, and we allow our previous words and/or our actions to make our point.

Jesus also shows us examples of how to interact with those who are not yet familiar with the truth. We see that Jesus often spoke in stories and in ways that the listener could understand and relate to. He showed compassion and mercy on people who did not understand.

In addition, he spoke to people who were considered unclean or untouchable. He engaged in conversations with women, with tax collectors, and with lawyers. Jesus had conversations with people and in ways that made those around him scratch their heads.

Finally, Jesus shows us the power of listening and asking questions. Jesus had all the answers, but he didn’t always give them out right away. Instead, he participated in a conversation and engaged the other person in discovering the truth.

As a follower of Christ, I’m challenged when I look at these principles. Am I doing the same in the way I interact and converse with those around me? If I’m honest, I know there are plenty of times when I simply want to give people the answers instead of listening. When I want to tell someone how it really is instead of staying quiet. Or when I want to avoid those conversations with someone different, because I know it’s going to be uncomfortable, and that I simply may not know what to say.

Our first step as Christians who want to communicate and lead more effectively is to consider how our conversations should reflect the love of Christ.

When others hear us communicating or having conversations, are they seeing and hearing Jesus?

“Walk in wisdom toward outsiders, making the best use of the time. Let your speech always be gracious, seasoned with salt, so that you may know how you ought to answer each person.”

It is our job as Christians and especially Christian leaders, to set an example in the way we communicate. This takes practice… it usually does not come naturally to us. I believe that the first place we should look to learn how to communicate more effectively is by looking at Jesus and emulating his approach.

Action Step: Which one of these 5 things do you need to implement in your life this week?

“We need to look to the best example there is of how to communicate with love, and that is Jesus.”

“We should follow Jesus’ examples of how he spoke to others, and how he interacted and communicated with others while he was here on earth.“

“Rather than us telling people where they stand, we should engage others in that conversation.”

“Sometimes we rush into trying to tell people the truth or what we think they should believe… but stories and illustrations are often way more effective.”

“Jesus called out false teaching, and he is still the epitome of love.”

“Ask God to show us how we can apply this in our leadership on a day to day basis.”

Confident Conversations is a mini-course designed to help you initiate and lead hard conversations as a Christian woman… even if you struggle with confrontation, aren’t sure what to say, and want to avoid hurting people in the process.